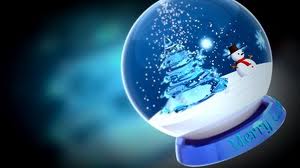 It’s that time of the year when the talking heads of television and the prognosticators of print issue their sage outlooks for the coming 12 months. While this crystal ball gazing is always entertaining, it becomes even more so a year later.

In journalism, this is known as the ‘silly season’. Lots of people are on holidays and the flow of news slows to a crawl. So the wide open spaces are filled with forecasts about the economy, markets and anything else you can think of.

Think back a year ago and politicians in Washington were in the grip of one of their now familiar “fiscal cliff” stand-offs. As has become the custom, the theatre of brinksmanship kept everyone guessing until a last-minute resolution.

For some, the excitement was just too much. The publication Financial News told its readers that “political storm clouds loom over the global economy. From Washington to Beijing, the financial markets are in thrall to seismic political events”.1

In The Economist magazine, the tone about 2013′s prospects was equally skeptical, if not quite as florid. The magazine noted that while surveys showed investors were optimistic, the coming year was unlikely to be a bumper one.

This was because the past year’s gains partly reflected relief that the worst fears about the euro zone had failed to materialise, the magazine said, which meant that reality might intervene as investors judged shares as expensive.

“Although investors are not as complacent as they were heading into 2000 or 2007, say, it is still hard to believe this will be a bumper year for returns,” the columnist Buttonwood said in his column.2

The skepticism was universal. The Australian Financial Review quoted analysts as saying the prospect of rising bond yields and slowing profit growth did not augur well for a repeat of the performance of risky assets seen in 2012.

“Analysts are predicting no end to the volatility that has gripped markets over the New Year period, posing dilemmas for investors wondering how to invest in 2013,” the reporter concluded.3

It’s easier to see from all this that many investors might have taken fright at the developments around the turn of the year and sought to trim their exposures to risky assets because of what the media pundits were saying.

That would have been a shame because as of early December 2013, many global equity markets were notching up record-breaking years. In local currency terms, the US S&P-500 total return index, for instance, was up by just under 29% at time of writing, on track for its biggest annual gain in more than a decade.

In Japan, the Nikkei 225 total return index was 53% higher as of early December, heading for its best yearly gain since 1972. In the UK, the FTSE 100 total return index reached a 13-year peak in May this year. It has come off a little since then, but was still nearly 15% higher for the year by December.

Even in Australia, where an end to the mining boom and a strong local currency have triggered an economic slowdown, the local market as measured by the S&P/ASX 200 accumulation index was still up 15% by December, having hit 5-year highs in September. The New Zealand NZX 50 total return index was 16% higher, having set a record peak in November. These changes are in local currency terms.

As the year comes to an end again, there are still plenty of gloomy stories to fill the newspapers – including ongoing speculation of what happens when the US Federal Reserve begins tapering its monetary stimulus program.

This isn’t to say these stories are necessarily incorrect. Most of them accurately reflect the sentiment prevailing at the time they were written and the uncertainty about the future as expressed in prices.

But as an individual investor, there is not much you can do about that. These expectations and uncertainties are already built into the market. Investing is about what happens next. We don’t know what happens next. That’s why we diversify.

And think about this. If any of the gurus who regularly appear on financial television or the newspaper really had a crystal clear view of the future, why would they bother sharing it with the world?

It makes more sense to focus on what’s in your own control.

In the meantime, many happy returns!