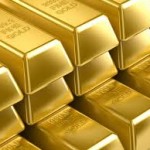 Gold is frequently cited in the media as a safe haven asset that offers stability in a diversified portfolio and an anchor in uncertain times. The reality, however, frequently falls short of the billing.

By the end of 2012, after a dozen consecutive years of price gains by gold, many analysts were rewriting the record books and predicting stratospheric gains for the precious metal on expectations of perceived “safe haven” flows.

But that all changed in recent weeks when, in a two-day period, gold suffered its biggest correction since 1983, dropping 13% to around $1330 an ounce. Even seasoned traders expressed surprised at how fast it unraveled.

Three headlines covering a little over a six-month period tell the story:

While gold may suit some investors as a modest holding in a diversified portfolio, it is worth reflecting that this so-called safe haven is in fact a highly volatile and speculative asset which generates no cash flows.

Fans of gold point to its 12 consecutive years of gains through until the end of 2012, but the fact is gold delivered negative returns in the two decades prior to that

The chart below shows the inflation-adjusted returns of Australian shares, global shares and gold invested in 1980 up until February of 2013. For the purposes of the exercise, we are using common indices and the gold spot price in Australian dollars.

Now, look at gold. Your net return after more than three decades of investing and after adjusting for inflation is zero, nil, zip. In fact, you are slightly out of pocket.

So by investing in gold, you have worn extraordinary volatility, sudden and unexplainable price drops and had no protection against inflation for no return whatsoever.